I have been studying the Law of Attraction (LOA) for many years as those of you who have been reading my blog will already know.  I love studying this work.  I feel it resonates at a deep level with me.
The main premise behind LOA is that when you ask for something, clearly, with intention and focus your attention upon it; you then follow this with the faith and the belief that it will come to you; and then (with some time lapse) you receive it.  Ask.  Believe.  Receive.
In principle, this sounds great.  But in practice it can be very difficult.
Initially becoming clear about what you want to manifest/create in your life can be challenging enough.  We often don’t even allow ourselves to think about what our big dreams might be because we are so conditioned to think that they are impossible or they only come about in particular ways – ie from hard work and earning enough money; or to those of us who are lucky enough to have wealthy family members etc
Then the belief can really trip us up.  Imagine that you put out to the universe that you wanted a new house, a really large house in a desirable area (and you couldn’t possibly afford it currently).  Theoretically, according to the LOA you could have it.  However, our belief would probably be so challenged by this, that after we have put that thought out into the universe, we automatically follow this up with, but how could that possibly happen?  Its ridiculous, I’m deluded, I’m living in a dream world.  What would my friends say? etc
Two other sticking points are timing.  If we asked for something and before the end of the week was up, we had it, we would really start to believe LOA.  However, this frequently doesn’t happen.  There is divine timing – ie the timing that is the most appropriate for us, even if we don’t know it.  So this brings into question us keeping our faith for a longer time period.  The other big sticking point is the way in which things are delivered.  We have to trust that things can come to us from expected and unexpected ways.   We need to be open to all possibilities about how something may manifest in our lives.
From studying many different books; different authors and different historical figures’ writing and speaking about the LOA, the repeated message is “Anything is possible –  You can have anything you can imagine and conceive, as long as you keep the faith.”  Wow!  Fantastic!  I’ll have some of that…..
The more spiritual books on the LOA that I have read have also emphasised the fact that once you get really clear about what you are asking for, you then “Let go and let God”  ie you hand the problem over to the universe, you don’t keep trying to intellectually work out how to manifest this thing you want.  You trust and you believe and you keep trusting and believing.
There are also plenty of encouraging quotes flying around facebook saying “Don’t give up on your dreams” and “When you are about to give up is when the miracle appears”

So here is my big question – if this is the case, what about when it doesn’t happen?

For many years, I have been working as an acupuncturist specialising in treating couples with fertility issues.  And I have never been able to answer the question that comes up for me in regards to them.  What about when it doesn’t happen?  It seems a perfectly reasonable thing to ask the universe for  – to be able to conceive your own biological baby, especially if you are a couple,  of a reasonably fertile age, of good health, having an active sex life – why are you not able to conceive?  How can that be fair?

About 5 years ago, I got an overwhelming feeling that I wanted to move out of town and to the countryside.  On and off over the 5 years, we have looked at properties and explored different options, mainly because our finances haven’t been such to support a move to a suitable property.  I have visualised, I have imagined, I have affirmed, I have asked and believed, I have “let go and let God”.  However, I haven’t moved.  Admittedly, this hasn’t been consistent for 5 years at all.  But I always trusted that if this was meant to be, it would happen.  I gave myself until this May (for various reasons) and then told myself that I would then let go of this idea altogether and accept.  But this is proving difficult.

I would really welcome comments from others about how they have managed to move on from circumstances in their lives where things haven’t gone to plan.

Meanwhile, I have asked to the universe to show me the next step I need to take…………….. 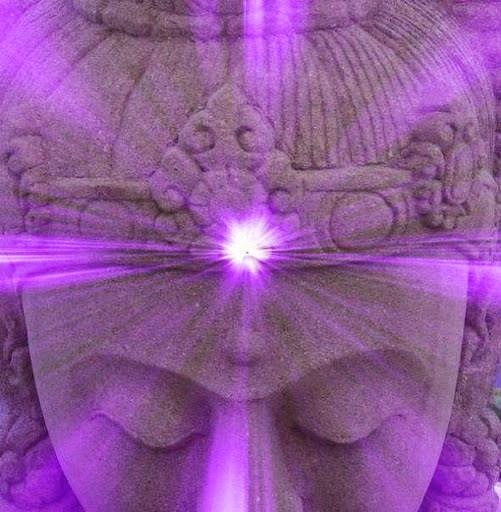